As we celebrate Water Safety Week here at BALC, the newly released Victorian Drowning Report for 2016/2017 is a timely reminder of the importance of water safety as we head into the Summer months.

“Drownings are shocking to both families of the victims and the public, especially because each drowning could have been prevented,” says Dr Matthews, Principal Research Associate from Life Saving Victoria (LSV). “Non-fatal drownings gain less attention, but they also have far-reaching effects on families and also on the victims, who may never fully recover. Including all drowning incidents gives a fuller picture and is important in formulating our prevention tactics.”

“The most common activity immediately prior to a drowning in 2016/17 was swimming/paddling/wading, representing 29% of fatal and 26% of non-fatal drowning incidents,” says Dr Matthews. “These figures highlight the importance of all Victorians having the opportunity to learn swimming and water safety skills.”

Alcohol continues to be a major factor in drowning incidents, accounting for 22% of cases.

In terms of boating-related drownings, the figures showed that in 74% of boating drowning incidents the person was not wearing a life jacket.

Snapshots for the Ballarat region are available in the Victorian Drowning Report 2016/2017 as well as relative risk maps.

Make a complaint:
Fill out our online complaint form 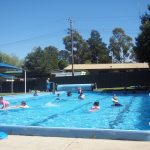 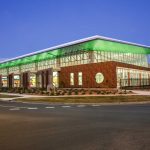 Help us shape the future of the BALCBlog