Children will have to swim an Olympic lap before they leave primary school.

Victoria is making it compulsory for all students to be able to swim 50 metres by the end of Grade 6, taking an important step towards reducing the number of drownings in the state.

The initiative is part of a new primary school curriculum to be brought in next year, that will also require that children demonstrate survival skills in the water.

Quite concerningly 43 people lost their lives in Victorian waters in the past year, which is five more than the 10 year average according to figures from the Victorian Government.

Emergency Services Minister James Merlino said in a press conference for Water Safety Week, they felt it was important to make it a part of the mandatory Victorian curriculum, bringing it in from term one next year.

“Many schools deliver quite an intensive swimming program, many schools have a swim carnival that might be a day per year but a number of schools do precious little when it comes to swim survival,” Merlino said.

“Life Saving Victoria will issue the new Victorian water safety certificates and we’re focusing on a competency with our kids to make sure by the end of primary school they’re able to swim 50 metres continuously.

And more important for me, is the ability for their swim survival instincts to kick in,” Merlino said.

Schools will make individual decisions on how they choose to roll out the program but they will all have the cohesive goal, that is for children to complete their Victorian water safety certificate.

Monday is the beginning of Water Safety Week which also puts emphasis into educating people over 65 about water safety, after a 40 percent increase in drowning deaths in this age group.

“A 40 percent increase in drowning deaths of people aged over 65 is a real concern, it is important for older Victorians to look after themselves when enjoying the water,” Merlino said.

Make a complaint:
Fill out our online complaint form 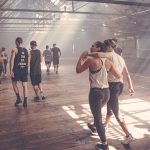 Start an exercise regime you can stick withBlog 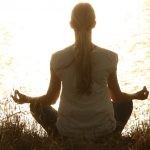 Yoga and its benefits for mental healthBlog